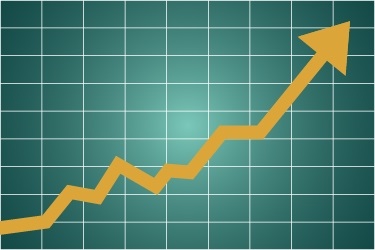 Fourth quarter (Q4) real GDP growth of 2.6% came in below the consensus forecast of 3.0%. The year-over-year pace of growth was 2.5% for 2017, compared to just 1.8% at year-end 2016. The pace of economic growth continues to recover, however, a sustained growth target of 3% remains elusive.

Consumer activity is strong and rising, although somewhat exaggerated in Q4 due to infrastructure rebuilding after the hurricanes that devastated much of the gulf coast and Florida (as evidenced by the surge in durable goods consumption). Business investment is gradually picking up due to natural mid-cycle dynamics, and further supported by various components of the new tax code. These two factors alone should contribute largely to further GDP growth above 2.5% in 2018.

The Q4 GDP results support the baseline view expressed by the Fed that growth is picking up gradually, thereby warranting a similarly gradual approach to continued interest-rate normalization. The underlying trend is that growth is picking up, but the pace of growth is not surpassing the natural expansion rate of the economy to such an extent that the Federal Open Market Committee (FOMC) will need to be concerned about unmanageable inflation pressures. The Fed may finally be on course to reach its inflation objective of 2% at some point later this year. However, an acceleration in rate hikes from the current “gradual increase” is unlikely given the sub-3% economic growth.

Consumer Spending rose 3.8% following a 2.2% pace in the prior period. Both goods and services consumption contributed to growth in the quarter, implying consumer activity remains the dominant engine of growth going into 2018, as durables, non-durables and services all saw a sizable acceleration in the quarter. Part of this is due to tailwinds to consumer spending from a mild pickup in household wage and salary gains, but activity at the start of the quarter is at least in part attributable to hurricane recovery spending. The positive trend in personal consumption will likely spill into this year’s first quarter as tax cuts for households will likely boost growth.

Business Investment rose 6.8% compared to 4.7% prior. A key driver can be attributed to improving conditions in the petroleum sector, due to a price rebound for crude oil. However, more broadly, a faster pace of growth is creating capacity-constraint issues that require capital investment to upgrade. Typical at mid-cycle, businesses are spending more aggressively to expand their production capabilities.

Residential Investment posted a strong reading (11.6% vs. -4.7% prior). The strength was driven by rebuilding efforts in the aftermath of the last year’s hurricanes. However, such strength could have borrowed from future demand, as the large declines in housing starts and home sales in December have already hinted.

Net Exports reduced 113 basis points (bps) from GDP growth after adding 36 bps in the previous quarter. Exports rose 6.9% vs. 2.1% prior; meanwhile imports surged 13.9% after declining by 0.7% in the prior period. Such a sizable swing in imports growth is notable and likely reflects two temporary developments:  First, reduced port activity as a result of hurricanes crimped imports in the Q3, which then rebounded. Second, foreign producers rushed to get goods onshore ahead of pending import tariffs from the Trump administration -- some of which have already been instituted.