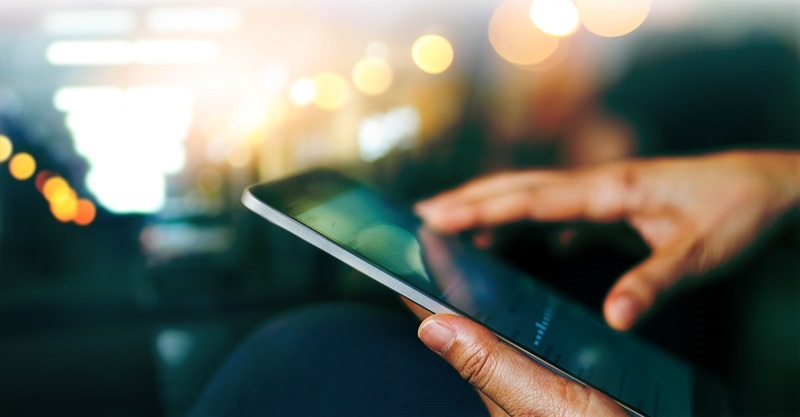 Encouraging economic data and a series of unsettling news headlines vied for Wall Street’s attention in the third quarter, and ultimately, investors were not shaken. The S&P 500 rose 3.96% over three months, getting a lift from upbeat manufacturing and consumer confidence readings as well as earnings news. Away from our shores, the economies of China and the euro area showed improvement, and foreign stock benchmarks rallied along with ours. A slumping dollar offered no big spark for the commodities markets. The residential real estate market looked to be cooling off. The quarter was filled with major news stories, yet the bulls sauntered through the disruptions.1

Consumer confidence barometers were among the most impressive economic indicators last quarter. By August, the Conference Board’s index topped 120, far above its origin score of 100; it was at 119.8 in September. The University of Michigan’s consumer sentiment gauge ended Q3 exactly where it ended Q2 – at a solid mark of 95.1, rebounding from a July dip to 93.4.2,3

The economy’s two key purchasing manager indices were also elevated well above the 50 level, which also cheered Wall Street. In September, the Institute for Supply Management’s factory PMI jumped to 60.8 – rising above 60 for the first time in 13 years, after readings of 58.8 in August and 56.3 for July. ISM’s service sector PMI came in at 53.9 for July and 55.3 for August (at this writing, the September reading was pending).4,5

Inflation showed definite signs of picking up, or at least, nearing the Federal Reserve’s 2.0% target. The Consumer Price Index showed a 12-month advance of 1.7% in July, then 1.9% in August. In both those months, core prices rose 1.7% year-over-year. The Producer Price Index displayed but a 1.9% yearly advance in July, which rose to 2.4% a month later.2

With personal wages improving annually at a decent 2.5%, did personal spending increase? Not as much as economists hoped. The gain was 0.3% in July, but merely 0.1% in August.7,8

Few investors thought the Federal Reserve would tinker with interest rates in the third quarter, and it did not. It did announce a strategy to cut its $4.2 trillion balance sheet at its September policy meeting. Beginning in Q4, the Fed will allow $10 billion in bonds per month to run off, and the pace will accelerate to $20 billion per month in Q1, $30 billion per month in Q2, etc., to a monthly goal of $50 billion.9

News about the European economy was increasingly positive, even as Spain’s Catalonia region threatened to secede and Brexit negotiations continued. By August, euro area joblessness had fallen to 9.1%, an 8-year low; unemployment was down to a record-low 5.6% in Germany. Euro area consumer confidence rose to a high unseen since prior to the credit crisis, as the summer ended. In September, the European Central Bank forecast growth of 2.2% for the region, which could lead the ECB to wind down its longstanding bond-buying effort.11

Late in the quarter, China’s official statistics bureau projected 6.9% (Gross Domestic Product) GDP for the year; Nomura, JPMorgan Chase, and Citibank upgraded their forecasts for China’s 2017 growth to 6.8%. When it came to India, the outlook was far less rosy; as Q3 ended, the Asian Development Bank cut its GDP forecast for India’s current fiscal year by 0.4% to 7.0%, and Fitch Ratings slashed theirs by 0.5% to 6.9%. Particularly alarming was news that the Indian manufacturing sector had advanced only 1.2% year-over-year through July.12,13

The U.S. Dollar Index weakened by another 2.66% in the third quarter, yet the broad raw materials market did not rally strongly in response; although, select futures did. Heating oil made the biggest advance among notable commodities, rising 21.9%. Elsewhere on the NYMEX, oil added 12.2%, closing at $51.64 on September 29.16,17

Prospective home buyers looked around and saw fewer homes on the market in the third quarter, along with fewer homes they could actually afford. According to the National Association of Realtors, the median existing home sale price in August was $253,000. The latest available edition of the 20-city S&P/Case-Shiller home price index (July) showed prices advancing 5.9% annually.8,19

By August, the NAR reported that existing home sales had declined in four of the last five months. They were down 1.3% in July and another 1.7% a month later, with the sales pace reaching a 12-month low. The Census Bureau’s picture of new home buying was no better: a 5.5% stumble for new residential sales in July, a 3.4% dip in August.2,19

Pending home sales also trended downward, falling 2.6% in August after a mild descent of 0.8% for July. Groundbreaking also lessened during the quarter. The Census Bureau identified a 2.2% reduction in housing starts for July, lessening to 0.8% in August. Building permits did rise 5.7% in the eighth month of the year after falling 4.1% during the seventh.2,8

Sources: wsj.com, bigcharts.com, treasury.gov – 9/29/171,21,22,23
Indices are unmanaged, do not incur fees or expenses, and cannot be invested into directly.
These returns do not include dividends.

Investors think of the fourth quarter as a “sweet spot” for the market, and they can cite history to affirm their belief. Since 1950, the S&P 500 has advanced in 79.1% of fourth quarters. Its average Q4 performance from 1950-2016: +3.9%. Both the Dow and S&P are entering the quarter on 6-month winning streaks, and bulls seem to be okay with the prospect of a Q4 rate hike and the Federal Reserve thinning its bond holdings. Then again, there is no sure thing on Wall Street. As an example, September has long been characterized as a bad month for equities, but that was not the case this year. Confidence is certainly abundant and anticipation is high as a new earnings season begins, and if history repeats itself, 2017 will go into the books as a strong year for U.S. equities.24

READ THE FACTORS BEHIND THE THIRD QUARTER SMALL-CAP RALLY

International investing involves special risks such as currency fluctuation and political instability and may not be suitable for all investors. These risks are often heightened for investments in emerging markets.
Investments will fluctuate and when redeemed may be worth more or less than when originally invested. All information is believed to be from reliable sources; however, we make no representation as to its completeness or accuracy.

This material was prepared by MarketingPro, Inc., and does not necessarily represent the views of the presenting party, nor their affiliates. The information herein has been derived from sources believed to be accurate. Please note - investing involves risk, and past performance is no guarantee of future results. Investments will fluctuate and when redeemed may be worth more or less than when originally invested. This information should not be construed as investment, tax or legal advice and may not be relied on for the purpose of avoiding any Federal tax penalty. This is neither a solicitation nor recommendation to purchase or sell any investment or insurance product or service, and should not be relied upon as such. All market indices discussed are unmanaged and are not illustrative of any particular investment. Indices do not incur management fees, costs and expenses, and cannot be invested into directly. All economic and performance data is historical and not indicative of future results.

Additional risks are associated with international investing, such as currency fluctuations, political and economic instability and differences in accounting standards. This material represents an assessment of the market environment at a specific point in time and is not intended to be a forecast of future events, or a guarantee of future results. MarketingPro, Inc. is not affiliated with any person or firm that may be providing this information to you. The publisher is not engaged in rendering legal, accounting or other professional services. If assistance is needed, the reader is advised to engage the services of a competent professional.