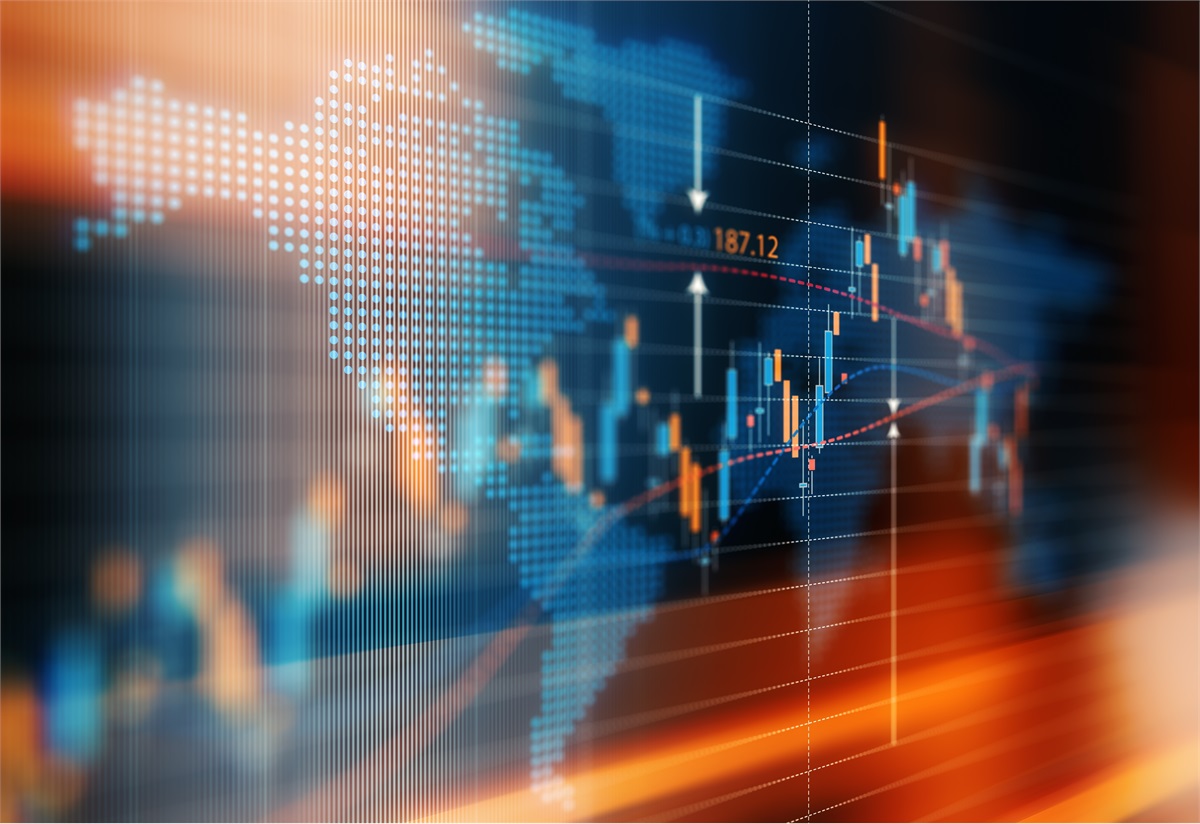 At the end of 2018, economists and journalists may look back on the second quarter and see the moment when a global trade war began. Whether one is truly underway or not, the fact is that Q2 was a good quarter for equities. The S&P 500 gained 2.93% in three months, and while the blue chips had their struggles, tech shares ascended once again. Many foreign benchmarks also had a good quarter, even as the Trump administration’s planned import taxes on U.S. trading partners drew tariffs in kind and bred pessimism overseas. Our labor market and manufacturing and service industries continued to look healthy, and consumer confidence and spending reports were largely encouraging. Existing home sales tailed off. Oil made quite a comeback, aided by supply concerns. It was a quarter in which relatively strong economic data was overshadowed by a shift in the playing field for global trade.1

The Trump administration had begun imposing import taxes early in the year, but in the second quarter, the international tariff spat truly grew heated. U.S. duties against metals imported from Mexico, Canada, and European Union nations were met by 25% taxes levied by the E.U. on American jeans, bourbon, orange juice, and other products, and Canada, India, and Mexico announced duties on select imports from America as well. Then the U.S. supplemented its earlier tariffs with new 25% taxes on $34 billion of Chinese imports (set to take effect July 6), and threatened to impose further 10% duties on another $200 billion of Chinese products and a 20% tariff on autos coming out of the E.U. China replied to the new tariff on $34 billion of its exports with an equal tariff on U.S. goods, to be implemented July 6.2

Interest rates moved north in Q2. The Federal Reserve made its second rate move of the year on June 13, taking the target range for the federal funds rate 0.25% higher to 1.75%-2.00%. A new wrinkle was found in the Federal Open Market Committee’s latest dot-plot consensus projection: it suggested four quarter-point rate hikes would occur this year rather than three.3

Some of the data in the previous paragraph might seem a bit contradictory, but the takeaway was clear: consumers were playing a strong role in keeping the economy healthy. While consumer confidence indices fell during Q2, they were still at lofty levels. The University of Michigan’s index came in at 98.8 in April, then 98.0 in May and 98.2 in June; its historical average is 86.4. The Conference Board announced successive readings of 128.7, 128.0, and 126.4 for its consumer confidence index in April, May, and June, respectively.6,7

Inflation pressure also mounted during the quarter. The headline Consumer Price Index showed a 2.5% annualized gain through April, and that increased to 2.8% in May; core consumer prices were up 2.1% in a year through April; then, 2.2% as of May. Yearly wholesale inflation jumped from 2.6% in April to 3.1% in May.5

Even with those production costs rising, the manufacturing and service sectors of the economy continued their fast growth. The Institute for Supply Management’s factory purchasing manager index improved from 57.3 in April to 58.7 in May, and its service sector PMI also rose across those two months, ascending from 56.8 to 58.6. (At the top of July, more good news rolled in: the factory PMI had climbed to 60.2 in June.) Perhaps these readings would decline in summer, as the federal government reported hard goods orders declined 1.0% in April and 0.6% in May.4,5

Unemployment declined even further in the second quarter. The headline rate was just 3.9% in April, and it ticked down to 3.8% a month later. In tandem, the U-6 rate, encompassing underemployed workers, fell to 7.6% in May from 7.8% in April. April brought 159,000 net new jobs to the economy, and the Department of Labor said that 223,000 more were created in May.5

In late June, the Bureau of Economic Analysis concluded that the economy grew at a middling 2.0% annual pace in Q1. That was still the best first-quarter number since 2015. As the third quarter started, the Federal Reserve Bank of Atlanta’s GDPNow model estimated 3.8% Gross Domestic Product (GDP) for Q2 (the estimate had been up at 4.8% as recently as June 14).4,8

China is coping with U.S. tariffs at an inopportune time. While its official growth target of 6.5% for 2018 may still be met, several signs point to its economy decelerating. Through May, its annualized retail sales pace was the slowest in 15 years, and its year-over-year export growth slipped from 3.7% in April to 3.2% in May. Fixed asset investment growth also tailed off to an 18-month low in the quarter. Given that consumer spending, capital investment, and exports are the pillars of the nation’s economy, this news was troubling. Additionally, the yuan hit a 6-month low versus the dollar in May. China’s central bank had been tightening in step with the Federal Reserve, but it broke ranks in Q2 and left its benchmark interest rate unchanged; it also cut its reserve requirement ratio for commercial banks by 1% in April and another 0.5% in June. Japan, meanwhile, warned the U.S. that it could impose import taxes of its own on U.S. products, especially if the Trump administration announced car tariffs in addition to the existing levies on steel and aluminum from Japan.9,10

The European Union held its breath as power struggles played out in Italy and Spain: the ascension of the Five-Star Movement and League party in the former country, the replacement of one Prime Minister (Mariano Rajoy) with another (Pedro Sanchez) in the latter. So far, neither country has made noise about exiting the euro. Eurozone yearly inflation accelerated during the quarter, reaching 1.9% in May – the most in 13 months, just beneath the European Central Bank’s 2.0% target. This was a factor contributing to the sunset of the ECB’s longstanding asset-purchase campaign. The ECB announced it will gradually phase out this effort in the fourth quarter and stop buying bonds entirely in 2019. At their June 14 meeting, ECB policymakers also pledged to hold interest rates at current levels through the summer of 2019.11

With the housing market presenting buyers with gradually rising mortgage rates, thin inventory, and high prices, it is little wonder that the pace of home buying decelerated in Q2. The National Association of Realtors found sales slowing 2.7% in April, and then another 0.4% in May. NAR’s pending home sales index, the nation’s top measure of housing contract activity, also weakened. It retreated 1.3% in April and then 0.5% a month later.4,5

Groundbreaking, as tracked by the Census Bureau, increased 5.0% for May after a 3.1% reversal during April. Building permits fell 1.8% for April and 4.6% a month afterward.5

Indices are unmanaged, do not incur fees or expenses, and cannot be invested into directly. These returns do not include dividends. 10-year TIPS real yield = projected return at maturity given expected inflation.

So, what could this third quarter hold for equities? Can the market retain its upward bias, maybe even strengthen it as the summer proceeds? It is possible, but bulls will have to overcome some big factors: the major headwinds from the multinational tariffs fight, perceptions that growth may be slowing or moderating in China and the European Union, rising inflation, and the ongoing normalization of monetary policy by the Federal Reserve. Then again, the recent ISM PMIs, consumer confidence surveys, the labor market, and decent-to-good retail sales and consumer spending figures seemed to affirm the economy’s health this spring; the first estimate of Q2 GDP may also impress investors. In addition, the Fed’s monetary policy remains essentially supportive. If the trade battles continue to siphon enthusiasm from Wall Street, however, bulls may trot to the sidelines and stay there for much of the quarter.

This material was prepared by MarketingPro, Inc., and does not necessarily represent the views of the presenting party, nor their affiliates. The information herein has been derived from sources believed to be accurate. Please note - investing involves risk, and past performance is no guarantee of future results. Investments will fluctuate and when redeemed may be worth more or less than when originally invested. This information should not be construed as investment, tax or legal advice and may not be relied on for the purpose of avoiding any Federal tax penalty. This is neither a solicitation nor recommendation to purchase or sell any investment or insurance product or service, and should not be relied upon as such. All market indices discussed are unmanaged and are not illustrative of any particular investment. Indices do not incur management fees, costs and expenses, and cannot be invested into directly. All economic and performance data is historical and not indicative of future results.

Additional risks are associated with international investing, such as currency fluctuations, political and economic instability and differences in accounting standards. This material represents an assessment of the market environment at a specific point in time and is not intended to be a forecast of future events, or a guarantee of future results. MarketingPro, Inc. is not affiliated with any person or firm that may be providing this information to you. The publisher is not engaged in rendering legal, accounting or other professional services. If assistance is needed, the reader is advised to engage the services of a competent professional.