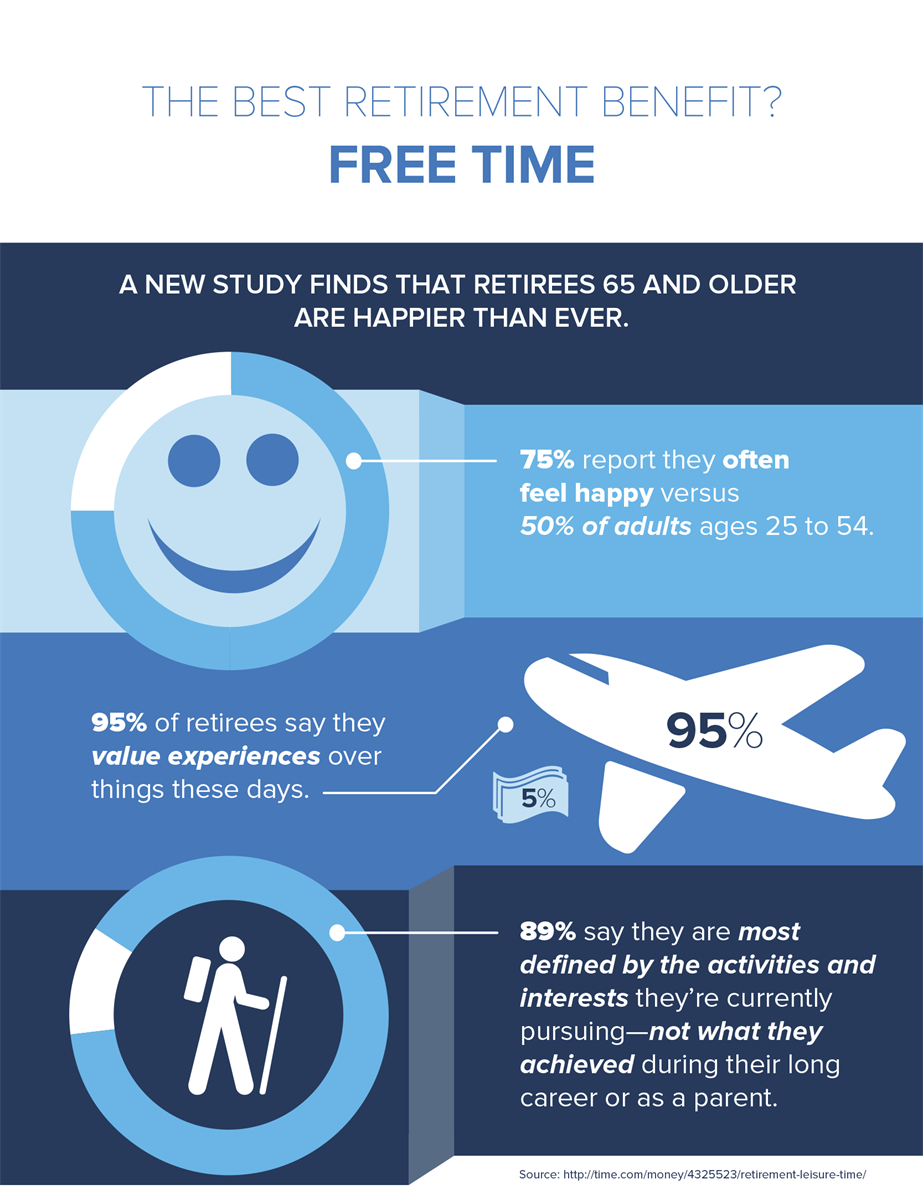 A new report finds that, for many pre- and current retirees, the biggest retirement benefit is one they haven’t even considered: an explosion of leisure time.

According to a study from Merrill Lynch, retirees will have 2.5 trillion hours of leisure time to fill over the next 20 years. Leisure spending alone is projected to total $4.6 trillion over that time period.

How retirees spend that leisure time will shape their post-work identity. According to the study, 89 percent of those 65 and older say they are most defined by the activities and interests they’re currently pursuing—not what they achieved during their long career or as a parent.

That pursuit of extracurricular interests is leading to outsize levels of happiness. While just half of adults between the ages of 25 and 54 say they often feel happy, fully 75 percent of those 65 and older report the same.

Even better: Happiness and levels of free time are relatively consistent across income classes. Why? The majority of retirees said they’re most interested in spending their time with family, especially grandchildren, whether that means a low-cost picnic in the park or a pricey family vacation. And fully 95 percent of retirees said they value experiences over things these days.

Still, financial experts say all retirees could benefit from budgeting their leisure spending to make sure they don’t deplete their retirement funds. The study found only 23 percent of retirees have done any planning around leisure activities for the next five years, and only 33 percent have budgeted for travel.