The Psychology of Investing 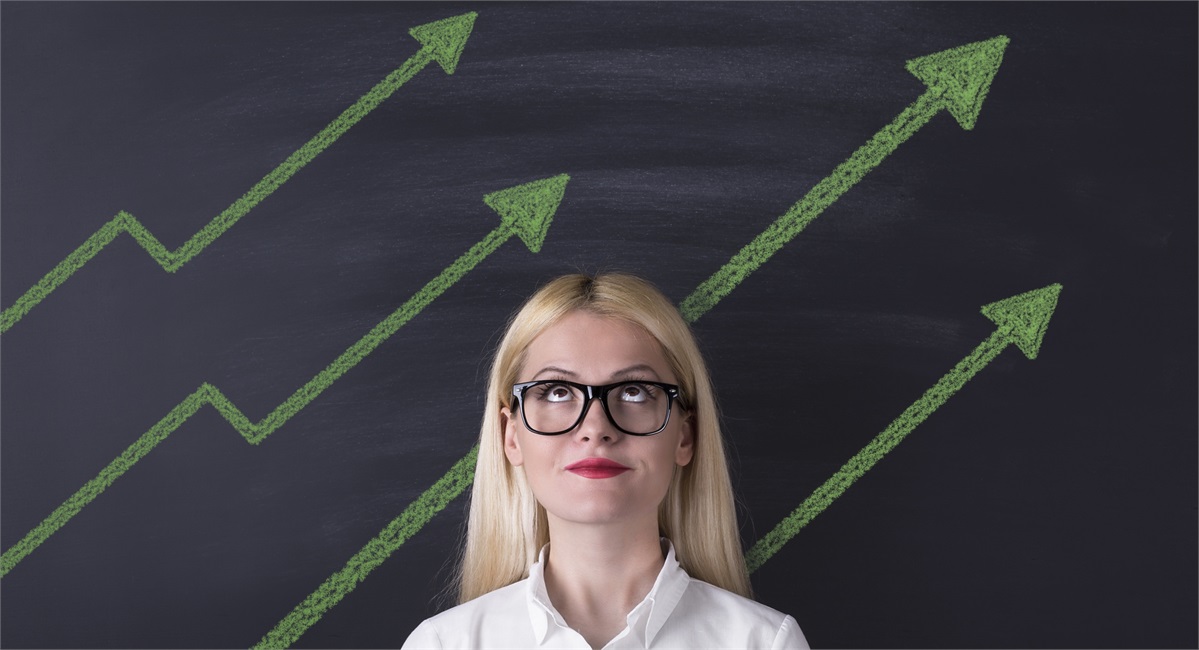 There’s an old adage on Wall Street that investors cling to when the market fluctuates – “the market hates uncertainty.” Fear of the unknown dominates market headlines and weighs on the minds of investors when uncertainty is heightened. In many cases that uneasiness is warranted, but uncertainty may also be an opportunity. In this whitepaper, we’ll explore the emotional aspect of investing and the rewards of taking a contrarian stance.

One lesson taught by Warren Buffet is “be fearful when others are greedy and be greedy when others are fearful.” Sir John Templeton echoed a similar belief: “bull markets are born on pessimism, grow on skepticism, mature on optimism and die on euphoria.” While the emotions of the market swing like a pendulum during times of volatility, it’s important to realize that the good times in the market tend to last longer than the bad times. Invesco looked at historical market trends and found the average bull market cycle lasts 55.1 months, while the average bear market cycle is only 11.7 months. The average gain is a whopping 153.7%, while the average loss is 34.3%. More importantly, the trajectory for growth has resulted in higher lows (with the exception of 2009) and higher highs. With that said, long term investors should look to large draw-downs as a welcomed opportunity. Think about your local grocery store – would you run out of the store with cash in hand when your favorite filet mignon or fresh tuna is 35% off? Yet when stocks go on sale, investors tend to believe there is something permanently flawed and lock in losses at the wrong time. 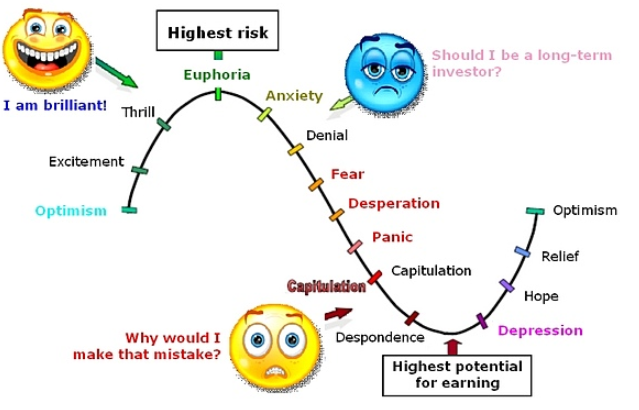 So why do investors make changes at the wrong time? We know the psychological aspect of investing plays an integral role in decision making for both professional and novice investors. Studies in behavioral finance help us better understand the psychology of financial decision-making, how we go about processing information, and our own internal preferences. The Corporate Finance Institute (CFI) defines a cognitive bias as “an error in cognition that arises in a person’s line of reasoning when making a decision is flawed by personal beliefs”. While we could laundry list cognitive biases in behavioral finance, today we’ll touch on three of the most prominent: overconfidence, confirmation, and anchoring.

Overconfidence bias ranks among the worst traits – both in everyday life and investing. It’s an over-inflated confidence an investor places in their decision-making abilities – such as picking stocks. That overconfidence eventually meets the invisible hand of the market. Traders are most associated with this bias, as they tend to take more risk and move frequently in and out of positions. Professors Brad Barber and Terry Odean looked at retail brokerage accounts and found 20% of investors who actively traded their accounts earned an annual return net of costs of 11.4%, while buy and hold investors earned 18.5% net of trading costs. In an interview with Forbes, Ray Dalio, founder of Bridgewater and Associates, attributes much of his success to avoiding overconfidence. No matter how certain he might be about a particular investment, he avoids placing large single bets and focuses on the probability for losses. Well-diversified portfolios and a long-term horizon help negate the effects of the overconfidence bias.

Confirmation bias focuses on identifying information that supports one’s existing belief while disregarding information that contradicts that belief. In other words, investors find themselves searching for data points to support their thesis, rather than searching for data that will falsify their thesis. This leads to a one-sided view and poor decision making on either side of a trade. The best approach in avoiding this type of bias is to look for information disproving your idea and ask yourself: “Where am I wrong? What is the downside to my thesis?”

Similarly, anchoring bias involves using an initial data point and basing future decisions relative to that data point. You might think a stock looks cheap at $45 today if it was valued at $85 only three months ago. Realizing the degree to which the market is dynamic and fluid can help investors circle back to an initial reference point.

Research by Vanguard touches on another problem: inertia, or the failure to take action when a decision is needed. For instance, an investor may need to sell a position when fundamentals change, but holds off. It’s the human desire to avoid regrets that drives this behavior. Similarly, feelings of uncertainty cause a wait-and-see mentality and block the appropriate decision-making process.

Many see value investing as a strategy that capitalizes on taking a contrarian stance, as investors look for companies trading at a discounted valuation. To put a contrarian approach to work, we turn to the Dogs of the Dow Theory from the early 90s. This theory focuses on investing in the highest dividend yielding blue chip companies. In many cases, high dividend yields signal that investors have a fundamental issue with the business, such as future earnings and cash flow. While this isn’t a strategy we necessarily recommend to investors, the contrarian approach can often yield strong results over a longer term time period. Courtesy of www.dogsofthedow.com, the graphic below outlines the out-performance of a basket of high yielding stocks against the broader market. Since 2000, the strategy outperformed the S&P 500 by 260 basis points, while applying the same strategy to smaller sized companies yielded more favorable results. Once again, we don’t support this strategy in our investment portfolios, but we encourage the exercise of challenging consensus expectations.

As investors, it’s important to be cognizant of investor bias and approach market volatility as an opportunity rather than a concern. As money managers, we focus first and foremost on downside risk in client portfolios through well-diversified strategies across a number of asset classes. We are long-term in our approach and look for opportunities to capitalize on dislocations in the markets when those instances arise.

Barber, Brad and Terrence Odean. 2011. “The Behavior of Individual Investors.” Handbook of the Economics of Finance.