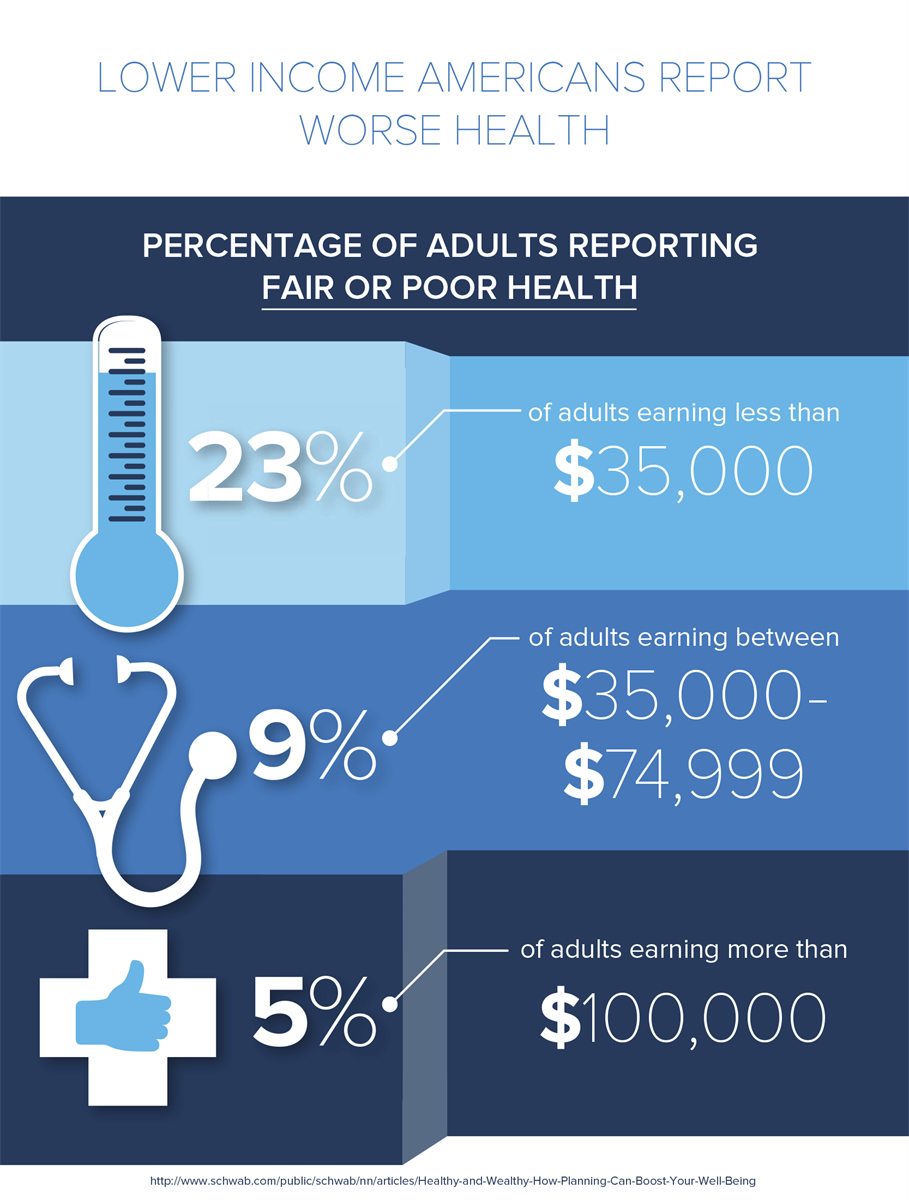 Over the years, research has shown that health and wealth often go hand in hand. A report1 from the Urban Institute, found that health rises in step with income. While 22.8 percent of adults earning less than $35,000 a year reported being in fair or poor health, just 9.4 percent of adults earning $50,000 to $74,999 a year say the same. Among those earning $100,000 or more, just 5.6 percent reported health troubles.

Wealthier households tend to have greater access to health insurance, medications, and nutritious foods, which can account for much of the disparity. However, money-related stress can also be the cause of many health problems. According to an Associated Press-AOL Health poll2, Americans with debt report more stress and suffer health problems like back pain, migraines, ulcers, and heart problems. Nearly a quarter (23 percent) of people with high levels of debt-related stress say they have suffered from severe depression versus 4 percent of people with low levels of debt stress.

Fortunately, the steps necessary to live a healthier lifestyle can also be used to boost wealth health. These three behaviors have been proven to help people increase their personal as well as financial well-being:

Just like with health matters, such as weight loss or injury recovery, you won’t see changes to your financial well-being overnight. Instead, improvement will be gradual, even slow. Yet, small and consistent positive financial behaviors, over the long term, can—and will—make a big difference.