What Retirees Can Teach Us 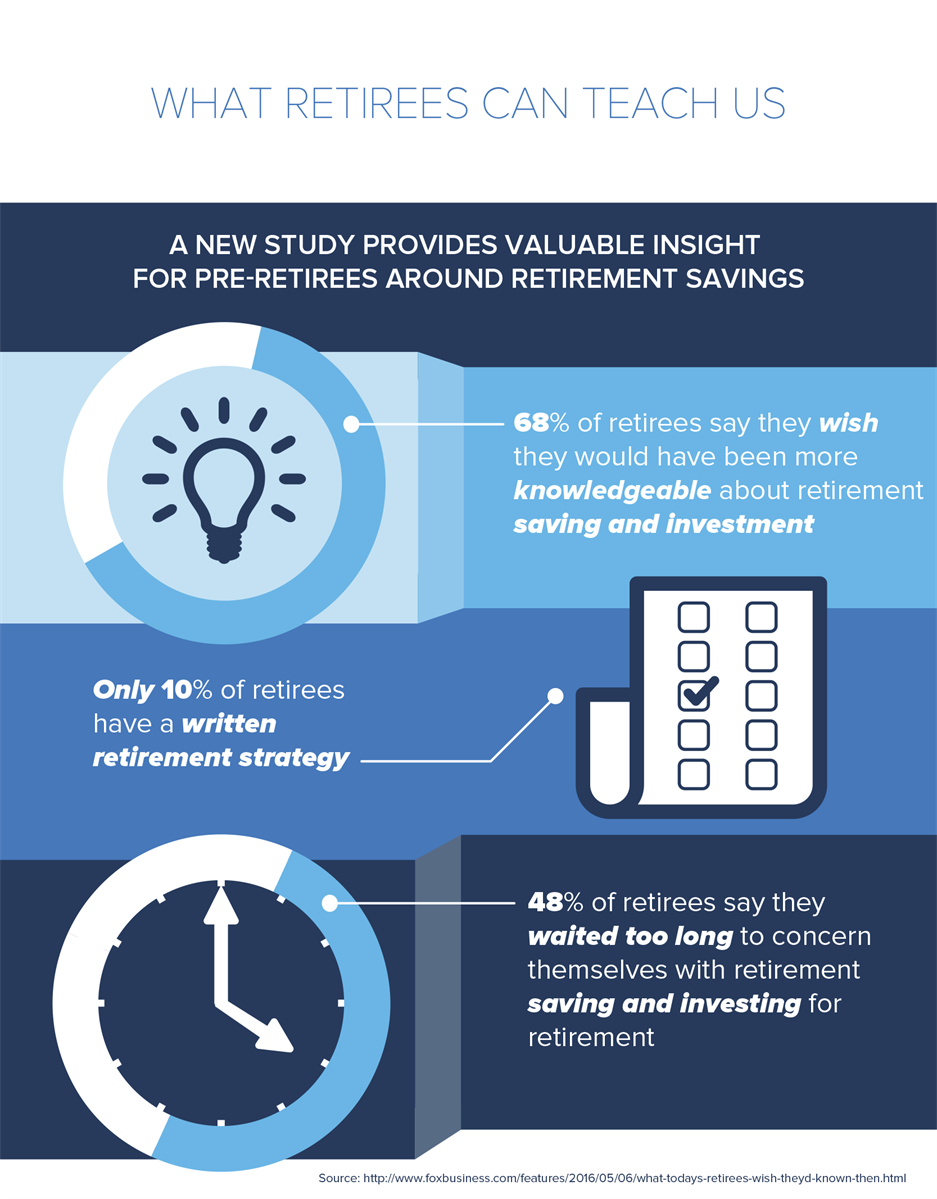 It’s said that hindsight is 20/20, so lessons shared from those who have gone before us can often provide valuable insight.

A recent case in point: Transamerica’s Annual Retirement Survey. An in-depth look at the well-being of retirees today, the data provides tips and advice many pre-retirees can use to avoid mistakes and take advantage of hidden opportunities before it’s too late.

Here, a look at some of the key findings: